The park and playground on Queen Avenue, which was constructed in 1953, is close to where Senator Sinclair’s family, one of the last families at the St. Peter’s Indian Settlement in the 1960’s, resided. Before the official name change, the park went for more than 50 years without a name.

Senator Sinclair graduated from Selkirk Collegiate Institute in 1968. He received a law degree from the University of Manitoba in 1979 and built a distinguished law career for himself, including serving as the first Indigenous judge in Manitoba from 1988 to 2009 and chair of the Indian Residential Schools Truth and Reconciliation Commission from 2009 to 2015. In 2016, he was appointed to the Canadian Senate. He joined Cochrane Saxberg in August 2020.

Although the name was officially changed to “Murray Sinclair Park” in June 2017, the official sign (below) was just installed this week. In his speech announcing the park’s new name, the Mayor of Selkirk Larry Johannson said, “Beyond just the recognition of Senator Sinclair’s leadership, Murray Sinclair Park will serve as a constant reminder to young people who play there that they too can grow up in our community and accomplish great things.” 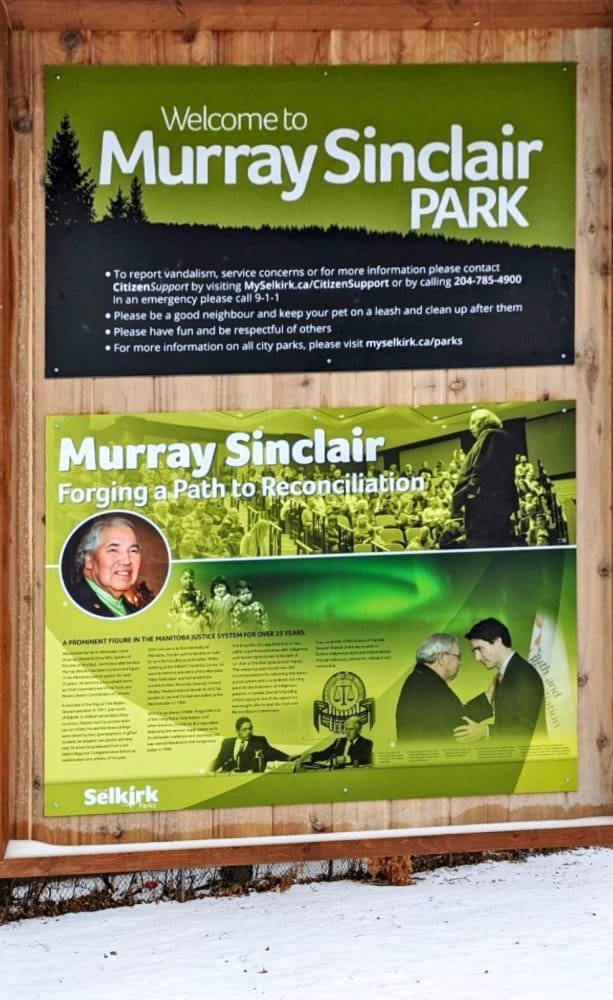