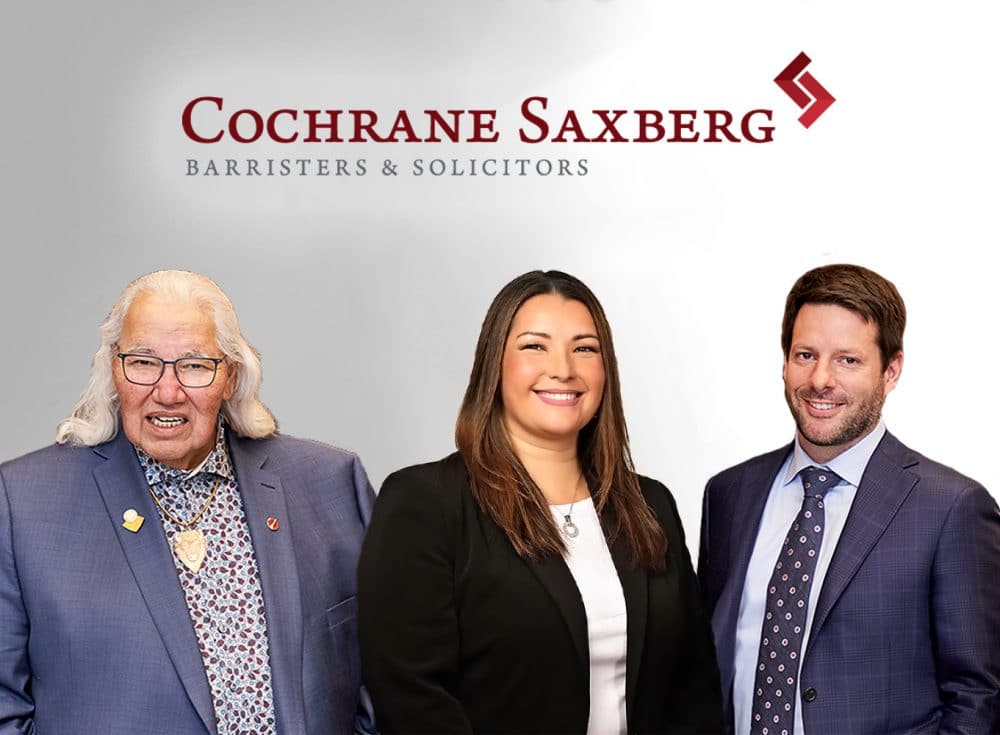 January 4, 2022 – It was announced today that historic $40B Agreements in Principle have been reached between the Government of Canada, the Assembly of First Nations, the First Nations Child and Family Caring Society, the Chiefs of Ontario, the Nishnawbe Aski Nation and counsels for the Moushoom and Trout class actions to reform the on-reserve child welfare system in Canada and to compensate the First Nations children who were part of it.

The Honourable Murray Sinclair, who is General Counsel to Cochrane Saxberg, has been facilitating the challenging and time sensitive negotiations between the parties since November 3, 2021 along with his Cochrane Saxberg LLP legal team made up of Shawn Scarcello, Partner and Season Roulette, Associate.

Cochrane Saxberg would like to congratulate the Honourable Murray Sinclair, Shawn Scarcello and Season Roulette and all the Parties for achieving this important and historic milestone.

The negotiations were completed late the night of December 31, 2021 after nine weeks of intensive talks.

The hard work of all Parties in the negotiations has yielded the Agreements in Principle whose intent is to provide fair and equitable compensation to First Nations children and families harmed by discriminatory underfunding and will address reforms to the child welfare system to prevent its recurrence. This will chart a path for long-term reform of the First Nations Child and Family Services program and Jordan’s Principle, reducing the number of First Nations children in care and keeping children connected to their families, communities and culture.

The Agreements in Principle include:

It is important to recognize that the work is not complete as a binding Comprehensive Settlement Agreement is still to be negotiated and the agreement must be approved by the Canadian Human Rights Tribunal and the Federal Court.

The Parties will continue to work together to reach final settlement agreements on both compensation and long-term reform of First Nations child and family services. This process will unfold over the course of 2022.