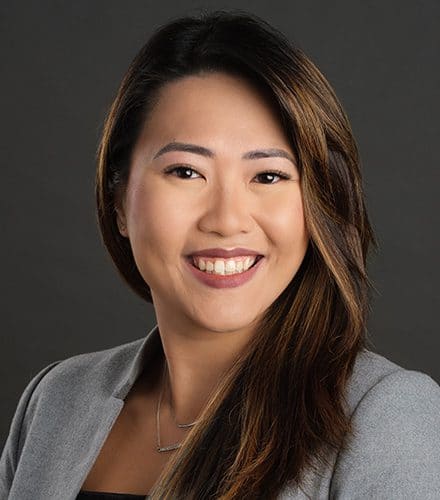 Samantha Wong joined Cochrane Saxberg as an articling student when the firm was created on July 1, 2017. She is currently an associate with the firm.

During her time at law school, she served as the Senior Editor of the Manitoba Law Journal for 2 years, and as a Junior Editor for the Canadian Journal of Human Rights in her first year. She was an active member of the Robson Hall community, serving as the Communications Director of the MLSA (2016-17) and VP of Communications for the Business Law Group (2015-17).

When she is not working, she enjoys yoga, acro-yoga, circus arts such as aerial silks, volleyball, and reading. She also serves on the Board of Directors for Opportunities for Independence, a not-for-profit charitable organization that works with youth and adults who live with intellectual disabilities and/or Fetal Alcohol Spectrum Disorder (FASD), most of whom who have come in conflict with the law.

Samantha is excited to begin her legal career at Cochrane Saxberg, and looks forward to working with the other lawyers at the firm.